100 People Who Deserve Monuments Better Than I Can Make, But Won't Ever Have One Unless I Do It 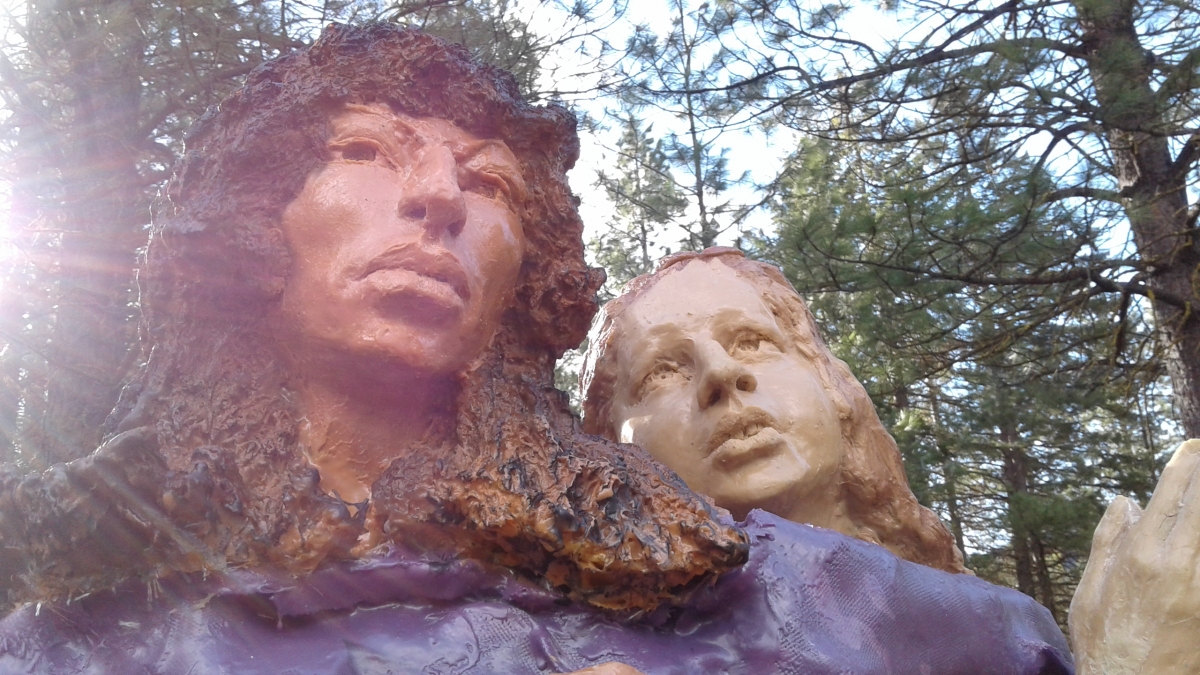 This project will give 100 special people the recognition they deserve, and more importantly it will counteract in a small way the pessimism, cynicism and fatalism that poisons our societies and paralyzes millions of well-intentioned people. We need to counter the effects of negative media, willfully ignorant political leaders and pecuniarily-driven commercial interests who poison us with unconstructive narratives that obscure the substantial progress that humanity is making as the result of the unheralded efforts of so many good human beings.

The project that will guide this final chapter in my life has a facetious title, but the purpose of the project is very serious. I will collaborate with social scientists, community leaders, fellow artists and others to document the lives of 100 people who represent the best of humanity and recognize them through the creation of public monuments. Through this project, I want to say, Good for you all. And thank you! You are examples for all of us. I want to do so concretely, unashamedly, uncynically and, well, unpostmodernly.

Many of the memorialized are archetypes that allude to millions of others around the world and throughout human history who have done something similar (i. e. the daughters of Lot typify the innumerable female resistors of violent, patriarchal societies over millenia; my mother stands in for all the millions of wonderful mothers of the world; and Jenny von Westphalen, wife of Karl Marx, epitomizes the self-sacrificing significant other who made it possible for a great person to reach his potential.)

When possible these projects will be carried out in alliance with and support of existing community groups, progressive institutions and positive social movements. I will ally with other artists and artesans whenever possible.  Each project will be carried out and funded independently.

The project's progress will be documented on-line with photographs of each completed monument as well as biographies and references. In those cases where memorials are fully researched and maquettes are produced but the public monuments are not completed (due to delayed permits or financing), the documentacion will provide full visual and textual support for the pending project and the maquettes will be stored.

Categories used to organize the project

1.  Real Heroes overlooked by history. Many are local heroes, while others are of wider importance but have been overlooked - oftentimes for ideological reasons.

2.  Significant Others are those mothers, spouses, lovers and others who supported and guided someone who has been recognized for doing something memorable or transforming. The Monuments to Significant Others will be designed to complement and accompany existing Monuments to the Famous (for example, an old mother in her rocking chair may look out from the edge of a plaza onto the imposing bronze statue of her hero son). There was never a great man who has not a great mother. - Olive Schreiner

3.  Assistants, Collaborators and Right Hand People. These are the team players whose expertise, efforts and loyalty assured that the great leaders ideas became reality. Most of the Monuments to Assistants will be designed to accompany existing public monuments to the Famous.

4.  Patrons and supporters are those who discretely paid for or protected some great person who did something memorable or transforming. While they did not do the noteworthy work, their critical support made it possible. Most of the Monuments to Patrons will be designed to complement existing Monuments to the Famous.

5.  Precursors are underrecognized, unsuccessful pioneers. Those people, especially scientists, spent a lifetime pursuing what turned out to be a dead end, but their lifetime professional failure nonetheless prepared the way for someone else to come along and do something transforming. Again, most of the Monuments to Precursors will be designed to accompany existing monuments to the Famous. This focus is on the intergenerational lineage, community or ecosystem of thinkers and doers. Perhaps the history of the errors of mankind, all things considered, is more valuable and interesting than that of their discoveries. Benjamin Franklin

6.  Complex characters. There are many people who offered the world much more than the worst thing that they are usually remembered for. While the net impact of their lives was positive, they are not remembered for their good deeds because they made serious errors (even committed villainous acts). Complex characters who warrant a monument allow for complex Monuments. These may be controversial and will serve to stimulate conversations that could bridge ideological chasms.

7.  Exemplary, responsible average citizens are those who led unexceptional but self-sacrificing, exemplary, positive, inspiring lives and their quotidian heroism is attainable by all.

8.  Innocent Victims who deserve to be dignified and acknowledged. Some Monuments to Victims will play off and complement existing monuments to other victims, while in other cases they will accompany, satirize and undermine extant monuments to the perpetrators.

9.  Persons who are regarded as crazy or aberrant who in fact may be saner than the rest of us. They behaved in ways that society has not yet come to see as the best way and they may be victims of their own dreams. In the future, some will be recognized as prophets and visionaries.

Other categories could be added.

Send me your ideas for candidates who deserve a monument.